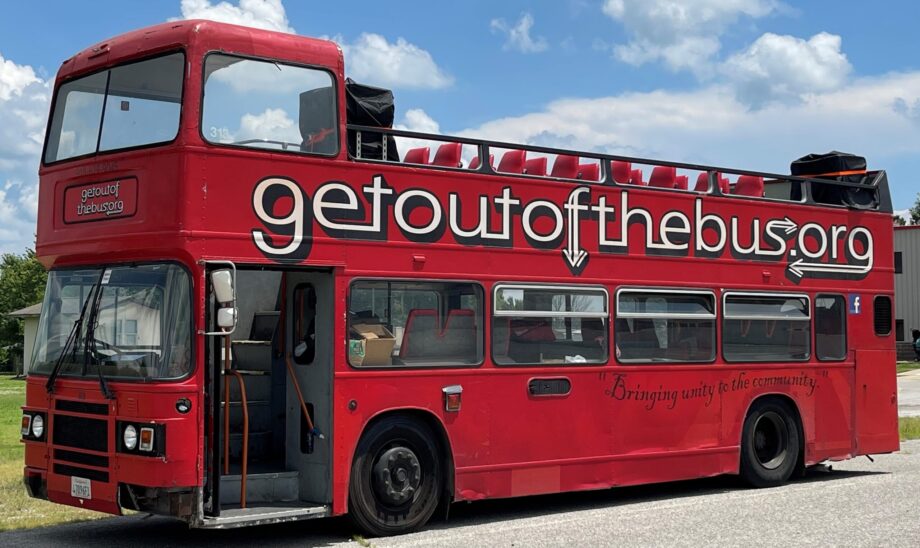 How the Lord works! We watched the Lord orchestrate many things last night. We hit the streets and The Lord showed HIS glory. We picked up a gentleman (Curtis) at the bus stop. He was heading home. He rode with us for the evening. He was 24 years and just completed 6 years of military service. He had been homeless up until 1 month ago. He works construction as a framer. Well…here is what the Lord did! We just “happened” to have a lady serving with us last night who is a military career Counselor! She is going to help him get into school and the resources for his next path in life. Wow!! That’s how the Lord works! HE uses people at just the right time to show HIS glory! We then went out to an apartment in North Tulsa. This is where a gentleman resides whom we met 7 years ago on the bus. He had been previously homeless. He is now married with his 5 year old daughter. We surprised him with a bus load of people to encourage him. He came aboard and played the guitar for a few songs. It was quite incredible. We ended the evening by dropping off Curtis and praying with him. The Lord is so faithful ! If you don’t know HIM please message us! HE restores the broken hearted! HE gives new life! HE will do it! ROMANS 10:9.

Previous Post
Next Post
Copyright © 2023 Get Out of the Bus. Proudly powered by WordPress. BoldR design by Iceable Themes.